Written by Ebo Eppenga on January 5, 2009. Posted in General 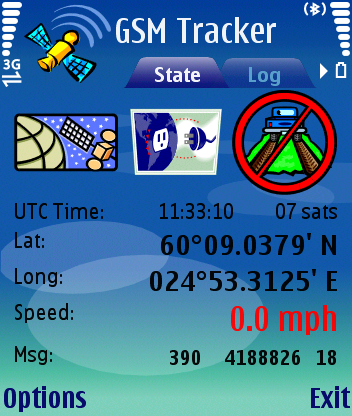 Recently I bought a new telephone, the Nokia N79.Â  You know, christmas, buying presents, well sometimes you buy something for yourself as well 😉 As you might know I am running some applications on my phone of which GG-Tracker is the most important one.

GG-Tracker is an open-source positioning application which allows you to track your mobile device using either GSM and/or GPS. Normal applications can only track a cellphone using GPS. The data is sent using the internet to a server which calculates the position of the mobile device.

GG-Tracker depends heavily on Aspicore GSM Tracker. It’s the engine that collects the data from the cellphone and sends it to my servers. But…since I had bought a new cellphone my phone applications stopped working. This is due to fact that most cellphone applications are licensed to an IMEI code and when you buy a new phone you automatically receive a new IMEI code as well.

Aspicore generously provided me with a new license code after I emailed them. Their response was quick and accurate. So now I am running happily the last version of Aspicore GSM Tracker on my new phone 🙂 Thank you Aspicore!

We have 3 guests online