Webmail for the Wii

Written by Ebo Eppenga on November 8, 2007. Posted in General

You own a Wii…you own a server…you need email, anytime! What to do? Combine the two parts and create a special webmail application for the Wii. What I did is pretty easy to realize. My webserver is hosting a modified version of NOCC. This a webmail script and what I did it change the templates to make it readable on your tv. Also I automated the logon procedure so you don’t have to enter your username and password, typing on the Wii is not an easy task.

Finally found a spot for my GPS

Written by Ebo Eppenga on September 10, 2007. Posted in General 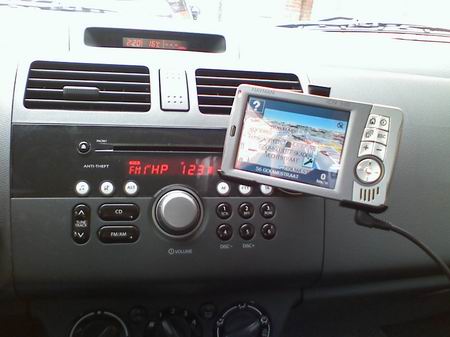 It took me a while before I found a good spot for my GPS. First I tried the window at several places and then I finally realized that my radio has a smooth surface (suitable for the suctionclamp). Now the GPS is close enough for me to see it properly and I don't need additional tools to secure it. Perhaps this is an idea for the automobile industry, make more smooth surfaces so you can attach your GPS or other equipment easily. Anyway, thank youÂ designers of the Suzuki Swift! Perhaps this is an idea for other Suzuki Swift owners as well.

Written by Ebo Eppenga on August 27, 2007. Posted in General 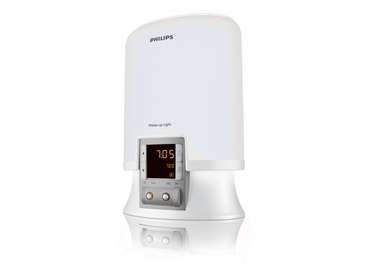 A birthday is one of those days where you can ask for gifts that you normally wouldn’t purchase yourself. The new Philips wake-up light is one of those things. What does it do? It simulates a rising sun together with birds singing, to fool you in getting up naturally. I was curious wether this would work.

Written by Ebo Eppenga on August 19, 2007. Posted in General 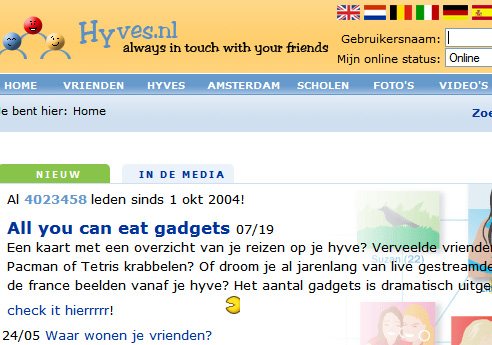 RSS feeds are todays reality and tomorrows usability. I expect that the use of RSS feeds will grow. One of the nicest possibilities, I think, is that RSS feeds are standardized messages. Which in turn enables you to re-use your messages, through RSS, on other pages.

This is an example, my blog and this message will also automatically appear on my Hyves. Hyves is a Dutch community webpage. Ofcourse you can also import other people’s blog, but why would you do that? It can be nice if you like to build an automatic blog generating page.

Written by Ebo Eppenga on August 11, 2007. Posted in General

A sad moment turned into a happy moment when I finally made the decission to abandon my old car and get a new one! Goodbye for the Ford Ka, welcome to the Suzuki Swift! It has all the possible options, airco, electric windows, etc… and one very special gadget…keyless operation.

Keyless
It’s like a miracle, I keep the key in my pocket and when I touch the doorhandle and press a button, the car knows it’s me. The door unlocks and the car is ready to start. Normally you would turn the key and start, but here you justÂ flip a button and the car starts with the key still in my pocket.

Engine
It’s a 1.5 liter, 16V, 75 kW engine doing 1-100 in exactly 10.0 seconds. Changing gears is done by an electronic gearbox and the engine is very silent at normal refs. I had to get used to all this electronic assistance power, as my old Ford Ka was still mostly mechanical but it works great.

The rest
Ofcourse…as a man you need the spoilers, side skirts and sports grill. And not to forget the oversized radio system, tinted glass, painted bumpers all around, bigger exhaust, etc… Everything to enhance your driving experience.

A server enhances your life!

At this very moment I am sitting on my balkony, in the sun. Listening to some MP3s which my laptop is streaming from my server. With one eye I can see the TV and see that my girlfriend is streaming a video through our multimedia system, data is streamed from the server, ofcourse 🙂 Not to forget it’s handling the blog system where I am currently typing this message on. Ohw yes, ofcourse it does the “usual”Â stuff as well, web, fpt and mailservices.

Isn’t that nice? Have your data everywhere available and use the device of your choice to access the data in your way. I think in about three years every house will have a server system. In probably ten years I think it will be central point of “everything” in your house. A server truly enhances your experience of life!

Like to know more about streaming MP3s? Check out theÂ Cool MP3 Database of the Future website.Â

Fighting Spam on your blog

Having a successful blog has a disadvantage as well. Spambots love you. Well I don’t love spambots and because I was receiving lots of spam messages on my blog I decided to try a few anti-spam engines for WordPress and I like the one from El RincÃ³n de Boriel best.

I think you have to tweak it a little bit to your liking (I couldn’t read the verification text at default level and I think I am human) but after that it’s quite okay. So what does it actually do? If you now enter a comment you have to repeat the text that is in a somewhat distorted image. If you are successful you are considered human 🙂

We have 3 guests online