PlaceTrack: My whereabouts of today

Written by Ebo Eppenga on January 23, 2011. Posted in General 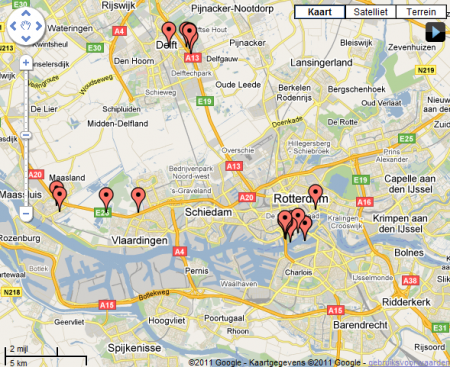 Location data will be the next be thing in many lines of business. Marketing wise I keep believing it’s an underestimated opportunity. Look how easy it is already to track me, using Google Latitude and just my iPhone. I can show the world already where I went today.

It would have been really clever if Hotel New York had sent me a nice coupon because I was travelling towards the restaurant. Telecom operators already have this data available, personally I think it will be a matter of time before they start using this data on a more personal scale instead for just calculating traffic jams.

Using On Board Diagnostics in my Suzuki Swift

Written by Ebo Eppenga on October 14, 2010. Posted in General

Every car produced after 1996 is fitted with an On Board Diagnostic (OBD2) port. It’s used by technicians to check the health of your car and to see what parts are failing. Nowadays you can do more with your OBD2 port, for example use it while driving to show more information about your cars sensors than your normal dashboard does.

Browsing the iPhone App Store I hit on this gem by accident. I found an iPhone application called DashCommand and started reading. It turned out that you needed a device to connect to your OBD2 port in your car. This device creates a connection to your laptop of iPone. Many are available but I bought the PLX Kiwi Wifi, because it creates a wireless connection. So my setup is an iPhone, a device to connect to your OBD2 port (PLX Kiwi Wifi) and a piece of software (DashCommand), but of course you can use many different setups.

My locations this week according to Google 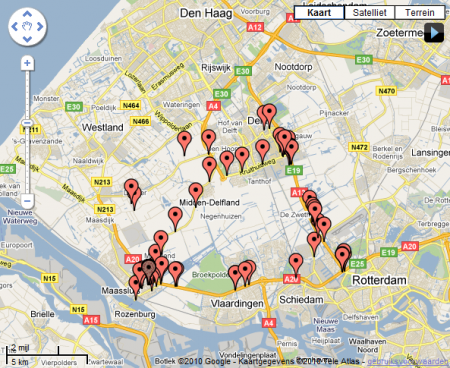 You might wonder what I use to achieve this. It’s pretty simple, all your require is an iPhone and the Latitudie app. The Latitude app sends your location to Google and that’s where it’s stored. The app is designed to preserve your battery and only sends when you’re moving.

Other interesting things are that I noticed Google tried to do something with the data. According to Google I spent last week 23 hours in my home, made visits lasting 15 hours and determined that my working location was the Kruithuisweg in Delft. Almost right 😉 Noticeable was that Google said I took a trip to Arcen previous week, spot on.